I notice a pair of nice looking Fastbacks (both early and late), adorn page 150 of Practical Classics this month, anybody's here?
Top 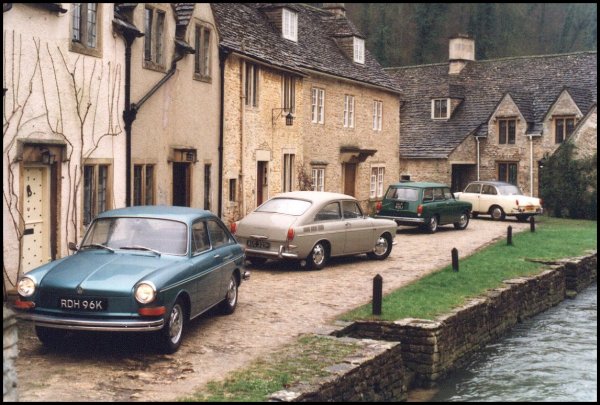 Its a good 20 years old, from a PC mag feature.
The late Fastback and Variant are Dave's and he still has them, the early Fastback was I believe Paul Taylors, and the Notch at the far end belonged to Christian Wagner.
Mike

Ahhh that would be it Mike... They've just cropped it down to the two fastbacks.
Top

I might be wrong, but I think that is a different one.
The one in the picture if I remember was quite ratty (when ratty was bad) and a bit of a mongrel.
Dave will remember more, I was only starting to get involved.
Mike

Yes, Mike's right. The Notch was a bit of a disappointment as we knew Christian had a nice one, but he chose to leave it stored away.
It was an interesting day, with the photographer using the back of the Variant as a camera platform - lying on the load area with toes hooked over the folded seat-back while the Fastbacks came up behind and dropped back again.

It originally appeared in a Popular Classics Buyers Guide feature before that magazine was taken over by Practical Classics. It looked good as a centre-fold, with technical info and driver profiles, The photo Mike posted was the cover picture on a free club calendar to celebrate the new millennium.
Dave.
Top
Post Reply
6 posts • Page 1 of 1