I am new to this site, its taken me a while to get my ass into gear n sign up but heres my wheels and a little story.

Up at 5am saturday drive down to cornwal, collect fastback, drive 400miles in the dark no heating, air temp -2. feet feel missing, arrive at parents 1130pm. Car state grubby, but made the full journey with no failures! After a visit to webbos and an afternoon of cleaning And the floors solid to! Along with the inside being quite smart

Head back mansfield, followed by miltion keynes and finaly arive back in Essex, arrive 1120pm.

Chrome doesnt get you home...
Top

thankyou very much both of you
The sultan of swing
Top

Look how shiney she is now! i know it wont last but its made me happy The tin cleaned up rather nicely, got new air filters and an oil breather and hopefully this weekend shes gettin lowerd at the front!
Last edited by broady_6 on 30th June 2017 - 5:02pm, edited 2 times in total.
The sultan of swing
Top

Brand new set of spots for the front!!! heres part of the new toys that are gunna be fitted this weekend with nay luck, posh hoses courtesy of pirtek

Well its been a while since i posted Ive had many thousands of fun miles in this car but last year engine troubles kicked in and eventually i had to take it of the road. But the starter doesnt have enough to to spin it over as its high compresson 10.8:1 I do believe. So I turned my attention to the car

A few weeks ago i began a resto. This is copied from my local club site so it looks like alot in one go. But i will update periodicly after this first post.

Front left inner wing had this rather large hole in it. At least it was 1 less bolt to undo when i took the wing off

Few more photos. The front of the heater channel is well shot. and you can see the gutter for the bonnet seal has quite abit missing. More progress today, Fuel tank out offside wing off to reveal lots of nice new holes. Where the inner wing meets the floor and door pillar is gone. I think it was made of tin foil. Heres a few photos I took today. None show the real damage but its a start. A mate popped round today to help decided where it wants chopping and welding ect.

Nearly got the front beam off this evening too.

Turns out the lower front has been welded and fillerd before.

So thats been cleaned up and removed Yeah lots of work but ive got some nice sheets of steel and as im off work in between resting my leg I potter in the workshop.

Been making bumper brackets as the old ones were made of tin foil.

And both sides are going to need bumper mounts so i started making those today. and yes i know it looks like ive marked out holes and then drilled in different places. But it is right honestly

Ive made another of those brakets and welded captive nuts on the back.

Then a mate from the local club came round for a few hours this evening and started making me some new panels up. Id made a template up so he worked from that and what was left o tneh two front ends i have.

Here he is at work

And the roughly shaped panel 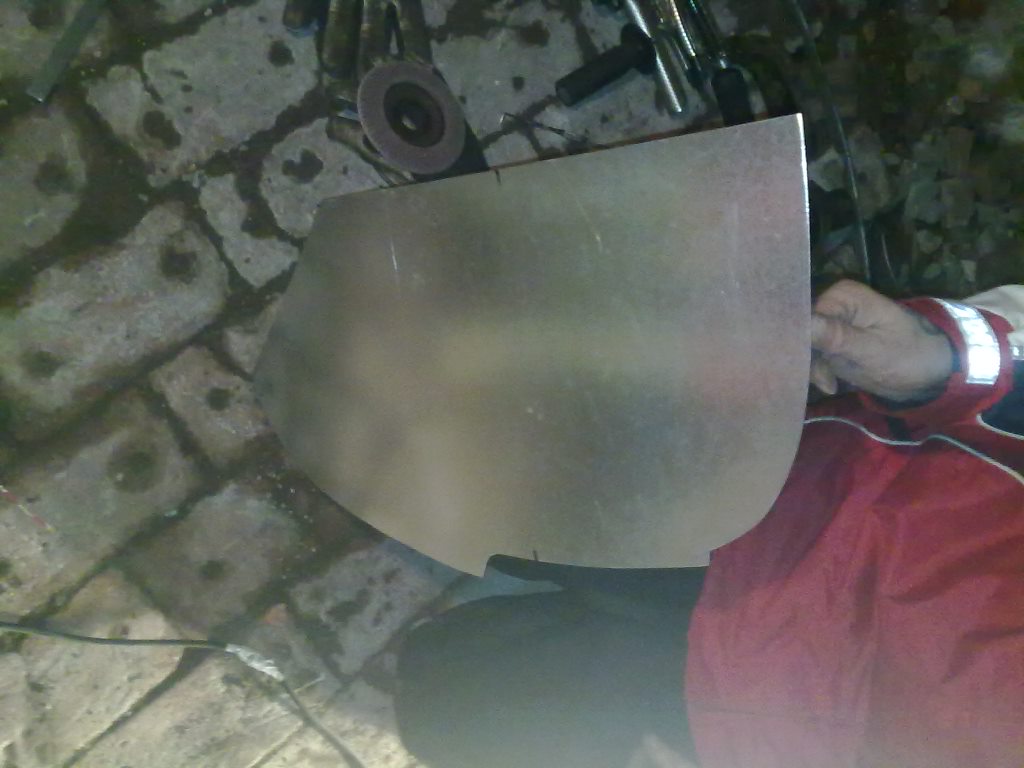 And finaly today using templates ive made panels for the otherside and started removing parts from the complete front end I have to repair my car.
Last edited by broady_6 on 30th June 2017 - 5:19pm, edited 2 times in total.
The sultan of swing
Top

Wow Good progress so far, you will have her back up and running in no time, car looks good on Sprints, they really do suit fasties.

Keep up the good work

thanks! Aim is april may time. But got alot on my plate aside from the fasty. But full day on it tomorrow!
Last edited by broady_6 on 20th May 2017 - 5:14pm, edited 1 time in total.
The sultan of swing
Top

broady_6 wrote:thanks! Aim is april may time. But got alot on my plate asida from the fasty. But full day on it tomorrow!

Nice ride, what happened to the original engine fella?

The OEM engine started have troubles at idle and the fuel consumption went up. I spent a while fiddling with it but didnt dig deep enough and on a long run home from uni one evening it melted a hole through the number 4 piston and blew all the oil out the block. Knowing roughly what had happend i knew the engine was shot so i drove it the 9miles I had left to get it home.

I stripped and rebuilt the engine with a top end kit from VWH but i must have failed to measure the crank accuratly enough as I get low oil pressure at idle when the engine is up to temp. So I havnt run it for a while. But ive got another crank ready for when i do the engien rebuild (properly this time )
Last edited by broady_6 on 20th May 2017 - 5:14pm, edited 1 time in total.
The sultan of swing
Top

Well i was attempting to clean up the spare wheel well to etch primer it but the inner front panel once wire brushed looked like this. (not sugar puffs) But lots of lovely holes so today I started making some choice cuts from the front end I have. And looking at the cross section it turns out this has two pieces cut and shut.

Anyway with the complete front cut off. Ive started to repair this but until both inner wings are complete I can't take the front panel off giving access to the inner front. Once im at the inner front I can complete shaping this "new" inner.

And as the inner wing is shot heres a large chunk of wing section with the bonnet gutter atched ready to be fitted too. broady_6 wrote: And looking at the cross section it turns out this has two pieces cut and shut.

I think I know a little about that, one day over a cuppa i'll tell you all about it.

broady_6 wrote: And looking at the cross section it turns out this has two pieces cut and shut.

I think I know a little about that, one day over a cuppa i'll tell you all about it.

Go on spill the beans id like to know

Luckily i dont need the front panel so im none to fussed. Do you regocnise the reg? FOR ***K

Always fun to learn a cars past. I bought this off a bloke in doncaster. Did u have it wales? Seems its traveled the width of the country
Last edited by broady_6 on 20th May 2017 - 5:15pm, edited 1 time in total.
The sultan of swing
Top

The long and short is that in 99 it was stolen from me. Never recovered.

While trawling ebay back in 2009 I spotted an orange fastback for sale. It looked familiar, The paint colour in particular. I had the car painted L28N which is Jeans beetle orange back in the early 90's. The chap would not let me view the car. I bid on the car and won it for £500. I told the story to a mate and we drove up to gloucester to see it. On the way up, nomates from the DBS asked how I would identify the car as mine, I picked a couple of things that would be unique to HGX627K, when we got there they all tallied, also some overspray on the bottom corner of the rear window rubber. It was my car, the pan was different, it's the pan of the reg number on the car now FOR***K. The chap had bought it from stanford hall in 1999 as as far as he knew it was legit. I knew otherwise. The car was way too far gone, I wanted to part with the £500 and bring her home but nomates wasn't having any of it. The car was significantly different to the description on ebay so I walked away. Next thing I saw it again up north, chopped up

That may well have something to do with your front panel.

She looks great in that photo mate!

The chunk of it that i have was orange and them someone have painted it black on top very badly.

Its seen a number of repairs, most very badly done as they have just plated over the rust.

At least its 71 and even though its had a troubled life its helping my 71 out now. Its going to a good home

Haha the bottom half of the front was nothing to do with you then? Who ever did it use alot of filler and welded up the holes for the crash structure. Rather annoying as i need them to be holes again. going to take some very careful cutting to get them free
Last edited by broady_6 on 20th May 2017 - 5:15pm, edited 1 time in total.
The sultan of swing
Top

nothing to do with me, it was replaced around 91 with a very solid panel, I always intended to get the bumper back on it but accidentaly sold it with a squareback that was full of spares, forgot the bumper was in there

Its a very strange front end some of it is in amazing condition and some of it is like swiss cheese. But your story explains it quite abit after it was half inched from you some bodgers crealy been at it and done a half arsed job accelerating the rust process.

If anyone knows anything about my fasty id like to know. I seem to recall it had two owners untill about 2000 then it started swapping hands alot
Last edited by broady_6 on 20th May 2017 - 5:16pm, edited 1 time in total.
The sultan of swing
Top
Post Reply
630 posts